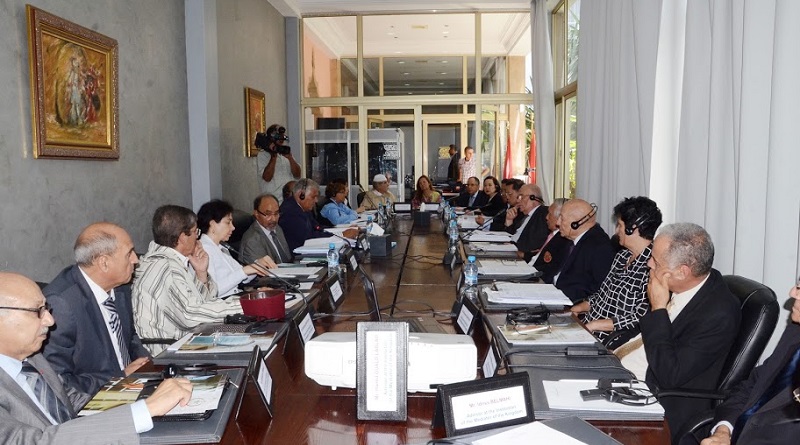 Rabat, July 6th and 7th, 2015
The Declaration of Intention
for the generalization of mutual assistance between regional
and international institutional mediation institutions
The Regional and International Ombudsman and Mediators Networks, representing all their active members, and present here in Rabat on July 6th, 7th 2015:
Convinced of the need to carry on their sustained action in favor of all their residing or expatriate nationals, according to the formulas and mechanisms provided for in their respective national legislations and laws;·
Persuaded of the necessity to provide them with perpetual assistance and support in the countries of their temporary or definitive residence with the aim of reacting to their legitimate and justified requests before the competent administrations;·
Referring to their statutes which foster, among the objectives which are officially set for them, the search for a substantial cooperation with the all the parties having the same concerns;·
Mediator of the Kingdom of Morocco

Noting the satisfactory bilateral agreements of mutual assistance signed within this spirit, between an important number of institutions of mediation belonging to the same network or beyond their own network;·
– Reiterating their will to establish good cooperation and partnership relations between the different institutions intervening in this highly sensitive area given its positive political, social, and economic outcome;
– Expressing their desire to extend the current similar experiences which proved very efficient in searching for the best possible solution to the old or new conflicts between local administrations and their users;
– Having the intention, within the framework of their multifaceted cooperation, to actively participate in information exchange on the good practices adopted by some institutions, in connection with their manifest performance and the improvement observed concerning the level of services provided, as much as possible, to the requesting public.
The present act represents a declaration of intention in order to act together for the fulfillment of these objectives, which require neither a consent of the probable tutelary authorities nor an official ratification according to the ordinary constitutional procedures, given that this mutual assistance concerns only the ordinary framework of the statutory prerogatives of the institutions of mediation involved and does not violate legal and regulatory rules in vigor.